Those who have been following the career of the flamboyant political showman and president-elect Donald Trump, whose heavy-handed approach to demonstrators at his rallies and outrageously racist remarks many are familiar with, might be surprised to learn that similar comments, albeit hidden under the cover of liberal respectability, have gone largely unnoticed within media circles.

Nine years before the widespread condemnation of Trump’s remarks, Douglas Murray, associate director of the Henry Jackson Society, a neoconservative organisation financed by CIA money laundered through U.S supported private foundations and which has links to U.S and European far-right groups, echoed Trump when, in an admittedly less demagogic fashion, he arg 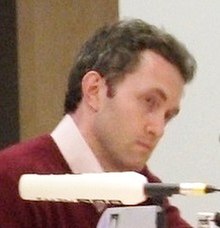 ued for the banning of Muslim immigration into Europe. Murray has also defended the use of torture by Western intelligence agencies.

One thought on “Liberal journalism feeds from the trough of intolerance, racism & hate”